None of this should be taken to imply that the situation is good, or to deny that we should be doing better — a shortfall largely due to the scorched-earth tactics of Republicans, who have blocked any and all efforts to accelerate the pace of recovery. (If the American Jobs Act, proposed by the Obama administration last year, had been passed, the unemployment rate would probably be below 7 percent.) The U.S. economy is still far short of where it should be, and the job market has a long way to go before it makes up the ground lost in the Great Recession. But the employment data do suggest an economy that is slowly healing, an economy in which declining consumer debt burdens and a housing revival have finally put us on the road back to full employment.
And that’s the truth that the right can’t handle. The furor over Friday’s report revealed a political movement that is rooting for American failure, so obsessed with taking down Mr. Obama that good news for the nation’s long-suffering workers drives its members into a blind rage. It also revealed a movement that lives in an intellectual bubble, dealing with uncomfortable reality — whether that reality involves polls or economic data — not just by denying the facts, but by spinning wild conspiracy theories.
It is, quite simply, frightening to think that a movement this deranged wields so much political power. 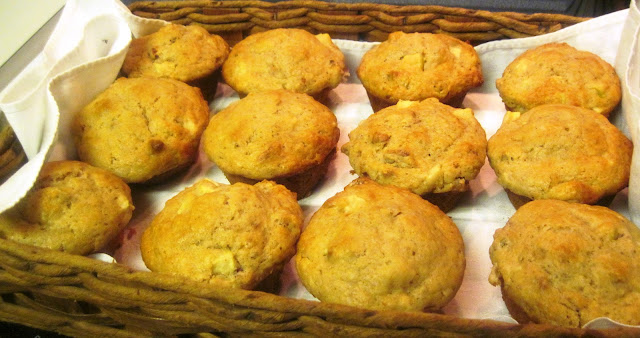 Made with Honeycrisp apples, these are truly delicious! 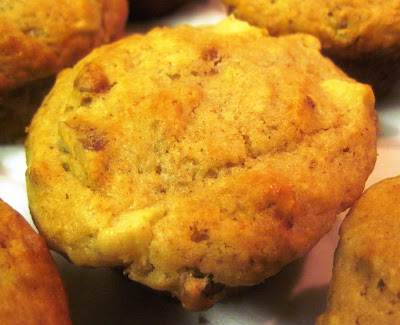 Tip:
You can replace the pecans with walnuts if you like, but be sure to toast them.  Toast nuts in the preheated oven on a baking sheet for 5 to 7 minutes, or toast in a shallow microwave-safe dish in microwave for 3 to 4 minutes on HIGH, stirring every 30 seconds.
Posted by Kitchen Caucus Queen at 9:59 PM